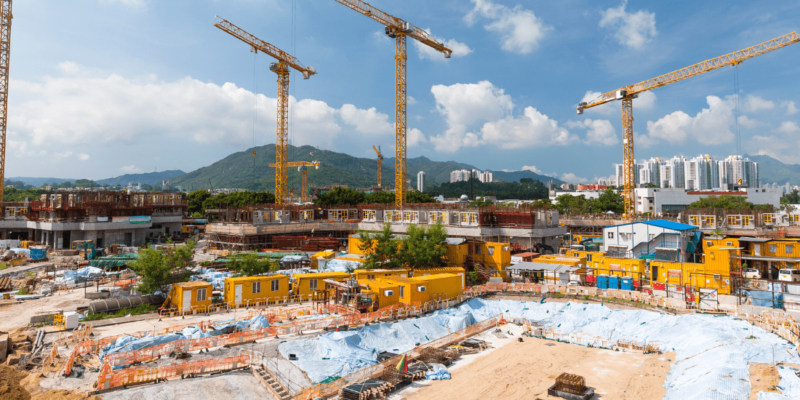 GPR (ground penetrating radar) is a non-destructive geophysical prospecting technique based on the analysis of propagation phenomena (refraction, reflection and diffraction) of high frequency electromagnetic waves (10 MHz to 2 GHz) in the subsoil. GPR, initially of an impulsive nature, is based on the excitation of the subsurface, from a transmitting antenna, through a short pulse train (1 to 50 ns) in order to detect, by means of a reception antenna, successive echoes associated with the contrasts of permittivities or conductivities encountered by electromagnetic waves during their propagation. These contrasts reflect the presence of buried targets or basement stratification. The use of frequency-based GPR is much more recent due to its associated instrumental constraints and is the subject of a significant amount of current research.

It is the movement of the radar at the surface or in the ground that makes it possible to acquire traces (radar sections or scans) on a time window, and to form radargrams (or radar images) of the basement structure. Applications aimed at detecting objects or anomalies are distinguished from those aimed at determining the intrinsic properties of the subsoil. The applications are multiple: geology, hydrology, glaciology, environment, mineral exploration, neotectonics, archaeology, and civil engineering, among others. These applications include the location of metallic or non-metallic buried objects such as cables, pipes, foundations, reinforcements, cavities, weathered areas, mines and characterization of the intrinsic properties of geological materials (soils, rocks) or artificial materials (concrete, asphalt or wood). Each type of application requires a specific experimental implementation (acquisition in reflection or transmission, spatial sampling, 2D or 3D mapping, nominal frequency of excitation) and processing associated with raw signals (filtering, migration, data inversion) in order to reconstruct a subsurface model. Improvements in GPR detection are currently due to the development of new signal processing and tomography techniques. Here we present the various steps that lead to the definition of the optimal acquisition parameters for geothermal radar exploration.

The first ground radar surveys were traditionally carried out using one or two antennas mounted on a trolley pushed by an operator. This technique requires lane closures and the presence of flagmen. Subsequently, the number of bridge decks to be investigated by GPR was increasing. Thus, to increase the rate of readings, it was necessary to stop using an operator who walks on the traffic routes. In addition, without an operator on the tracks, it is possible to carry out the surveys by using signs for mobile work similar to the signaling devices required. Signage for mobile work is less expensive and much easier to set up, however this adaptation of the technique must not be done at the expense of the quality of the GPR measurements obtained with the old technique. For example, if antennas were hooked directly to a vehicle, it would induce vibrations that would result in visible noise on the GPR profiles. The solution adopted is therefore that of a four-wheeled trolley with no shock absorber attached to a vehicle by means of two metal bars fitted with pivots. The idea of the pivot is to prevent the vertical vibrations of the vehicle from being transmitted to the four-wheel trolley (Figure 3). In addition, the same bin system was installed for the four antennas as the original three-wheel trolley. The trays were made of Teflon coupled to the ground and equipped with system facilitating vertical movements.

The interfaces between the layers can be visualized along a given section, which can be used to detect variations in the pavement structure and thus determine homogeneous areas. We can also see the number of interfaces and their relative positions.

This is an imaging technique used to obtain a model of the resistivity of the basement. Resistivity is a parameter that provides information about the nature of the subsurface. This technique can be used in aquatic environments.

This technique measures the resistivity of the basement with high efficiency because it can be towed behind a vehicle. This technique is highly sensitive and ideal for rock detection.

This is the technique used for measuring the resistivity of high-yield basements. Often used in difficult terrain mapping because of its ability to be easily implemented.

This is an imaging technique used to reflect radar waves onto obstacles encountered in basements. It is an ideal method to inspect works in dikes and causeways, as well as when searching for cavities and buried objects.

A technique for imaging the velocity of P-type seismic waves in the basement. This method provides information on the rippability of a rock mass. Can be used in aquatic environments.

Used when imaging compressed areas and cavities.
In comparison to other survey methods, GPR has emerged as one of the best technologies that provides accurate assessments. It is less intrusive and can locate pipes and serve as a powerful visual aid in underground diagnosis without digging, probing, or drilling of any kind.
GPR is useful in all utility applications, be it clay pipes, plastic or PVC, concrete pipe, metal pipe, missing valves, water boxes, abandoned lines, illegal or unknown connection, conduit, water, wastewater, gas, power, telecommunications wire, fiber optic, septic tanks, voids or manholes.

Ground radar technology is an important tool in the road field, and can have several applications giving it many advantages. It also provides:
– Non-destructive testing;
– Speed of implementation of measures;
– Data completeness and continuity;
– Ability to measure without cutting traffic;
However, for some applications where precision is paramount, it must be coupled with coring.

ARE YOU LOOKING FOR AN EXPERIENCED TEAM IN CONCRETE SCANNING & UTILITY LOCATING?